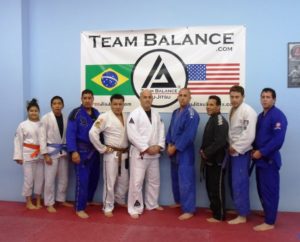 Komar Jiu Jitsu experienced a lot of changes in 2012. One of the biggest was moving into our own facility about a mile from where we were sharing space with Crossfit OTG. I’m very thankful Crossfit gave us an opportunity to sublet space and grow.

We also promoted several students to Brown Belt this year. Steve Mcgee who came to us as a blue belt from Nashville Tenn. Danny Rameriz who came to us as a 3rd degree purple from Modern Fighting Concepts in Absecon, NJ. We also have 2 home grown Brown Belts, Gasper Oliver and Carlos Rodriguez, both started training with me in 2006 at my house. They are both involved in UFC events, Gasper as a referee, and Carlos as a judge. They bring a lot of talent and passion to the mats every night. Gasper runs our kids program and keeps the little ones moving with a lot of drills, Muay Thai, and Jiu Jitsu. Carlos is always around willing to help wherever, being a former boxer he work our hands into shape along with his passion for insanity workouts many of our students are dropping weight and looking good.

Other promotions this year saw me (Richard Komar) receive my first degree on my Black Belt from Philip Migliarese. This was a truly proud moment after class one night.

I look forward to 2013 and all the excitement that comes with watching students get better and earn their ranks. We have many more students on the verge of promotions.

I’m happy to represent the Miglairese brothers and Relson Gracie in the Atlantic City NJ area. We will continue our effort to bring the finest Jiu Jitsu to South Jersey.