During the month of June several of our students earned their Blue Belts and were promoted. 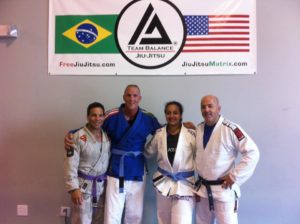 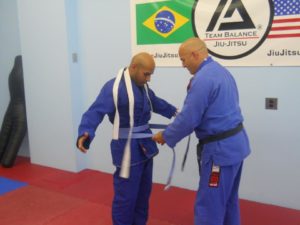 Bronz as a Blue.

Marvin Juarez, is getting ready for his first MMA fight in October.

Doug Adams, duck tape Dougie is one of the strongest people I know.

Sorry, I’m missing pictures of Mike and Tiffany. Both took serious beatings on their way to promotion.

I think Mike did about 20, 2 minute matches on his day. This is the first time I saw Mike, to tired for a Crossfit OTG workout after class.

Tiffany is 16 years old and weights a whooping 105 on a heavy day, rolled with everyone in the room, which is normal for her. Many times I’ve seen her tapping guys who have 60 to 70 pounds on her.

I’m very proud to have all these students earn their rank at Komar Jiu Jitsu. The Atlantic City area is gaining some tough competitors.