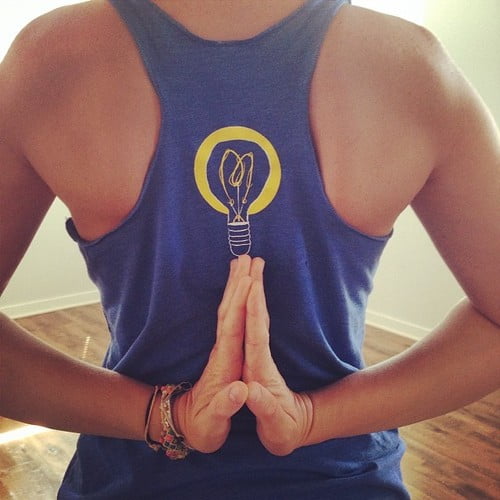 Have you ever felt vulnerable, un-safe, victimized? Would you like to gain
more confidence, learn effective self-defense skills, and develop a strong
sense of control and awareness in all situations? Then join us for this FREE
community building and empowering event!!

Fact #1: Over 22 million women in the United States have been raped in their lifetime. (National Intimate Partner and Sexual Violence Survey 2010)

Fact #2: 18.3% of women in the United States have survived a completed or attempted rape. (National Intimate Partner and Sexual Violence Survey 2010)

Fact #4: Every 90 seconds, somewhere in America, someone is sexually assaulted. (Calculation based on 2012 National Crime Victimization Survey. Bureau of Justice Statistics, U.S. Department of Justice)

Fact #5: One out of every five American women has been the victims of an attempted or completed rape in their lifetime. (The National Intimate Partner and Sexual Violence Survey 2010)Fact #6: Approximately 1,270,000 women are raped each year. Another 6,646,000 are victims of other sexual crime, including sexual coercion, unwanted sexual contact, or unwanted sexual experiences. (Department of Justice 2010).

Fact #8: Girls ages 16-19 are 4 times more likely than the general population to be victims of rape, attempted rape, or sexual assault. (Department of Justice 2010)

Fact #10: More than 75% of female victims were raped or sexually assaulted before age 25. (National Intimate Partner and Sexual Violence Survey 2010). .

Fact #12: Almost two-thirds of all rapes are committed by someone who is known to the victim. 73% of sexual assaults were perpetrated by a non-stranger (— 48% of perpetrators were a friend or acquaintance of the victim, 17% were an intimate and 8% were another relative.) (National Crime Victimization Survey 2010)

Fact #13: 63.84% of women who reported being raped, physically assaulted, and/or stalked since age 18 were victimized by a current or former husband, cohabiting partner, boyfriend, or date. (National Intimate Partner and Sexual Violence Survey 2010)

Fact #14: Of female rape or sexual assault victims in 2010, 25 percent were assaulted by a stranger, 48 percent by friends or acquaintances, and 17 percent were intimate partners. (National Crime Victimization Survey 2010) Fact #15: Almost 10% of high school students are victims of dating violence each year. (Youth Risk Behavior Surveillance 2009).

Fact #17: A study reported in the New York Times suggests that one in five adolescent girls become the victims of physical or sexual violence, or both, in a dating relationship. (New York Times 8/01/01)

Fact #18: 93% of juvenile sexual assault victims know their attacker. 34.2% of attackers were family members and 58.7 were acquaintances. (U.S. Bureau of Justice Statistics. Sexual Assault of Young Children as Reported to Law Enforcement 2000.)

Fact #19: The Campus Sexual Assault Study estimated that between 1 in 4 and 1 in 5 college women experience completed or attempted rape during their college years (National Institute of Justice 2007).

Fact #21: About one-third of female murder victims ages 12 or older are killed by an intimate partner. (Department of Justice 2007)

Fact #22: A University of Pennsylvania research study found that domestic violence is the leading cause of injury to low-income, inner-city Philadelphia women between the ages of 15 to 44 – more common than automobile accidents, mugging and rapes combined. In this study domestic violence included injuries caused by street crime.

Fact #23: The FBI estimates that only 46% of rapes and sexual assaults are reported to the police. U.S. Justice Department statistics are even lower, with only 26% of all rapes or attempted rapes being reported to law enforcement officials.

Fact #24: Less than half of domestic violence incidents are reported to police. African-American women are more likely than others to report their victimization to police Lawrence A. Greenfeld et al. (1998). (Violence by Intimates: Analysis of Data on Crimes by Current or Former Spouses, Boyfriends, and Girlfriends. Bureau of Justice Statistics Factbook. Washington DC: U.S. Department of Justice. NCJ #167237. Available from National Criminal Justice Reference Service.)

Fact #25: Sexual violence and gender based violence is associated with a host of short- and long-term problems, including physical injury and illness, psychological symptoms, economic costs, and death (Lifetime Prevalence of Gender-Based Violence in Women and the Relationship with Mental Disorders and Psychosocial Function, Journal of American Medical Association 2011).

Fact #26: Rape victims often experience anxiety, guilt, nervousness, phobias, substance abuse, sleep disturbances, depression, alienation, sexual dysfunction, and aggression. They often distrust others and replay the assault in their minds, and they are at increased risk of future victimization (DeLahunta 1997).

Fact #28: Sexual violence victims exhibit a variety of psychological symptoms that are similar to those of victims of other types of trauma, such as war and natural disaster (National Research Council 1996). A number of long-lasting symptoms and illnesses have been associated with sexual victimization including chronic pelvic pain; premenstrual syndrome; gastrointestinal disorders; and a variety of chronic pain disorders, including headache, back pain, and facial pain (Koss 1992).Between 4% and 30% of rape victims contract sexually transmitted diseases as a result of the victimization (Resnick 1997).

Fact #29: The costs of intimate partner violence against women exceed an estimated $5.8 billion. These costs include nearly $4.1 billion in the direct costs of medical care and mental health care and nearly $1.8 billion in the indirect costs of lost productivity and present value of lifetime earnings. (Costs of Intimate Partner Violence Against Women in the United States, Department of Health and Human Services, Centers for Disease Control and Prevention, National Center for Injury Prevention and Control, Atlanta, Georgia, March 2003).

Fact #31: It is estimated that 43% of lesbian and bisexual women and 30% of gay and bisexual men have experienced at least one form of sexual assault during their lifetimes. (Rothman 2011)

Fact #33: About half of all rape victims are in the lowest third of income distribution; half are in the upper two-thirds. (Violence against Women, Bureau of Justice Statistics, U.S. Dept. of Justice, 1994.)

Fact #35: An estimated 17,500 women and children are trafficked into the United States annually for sexual exploitation or forced labor. (U.S. Department of State Trafficking in Persons Report 2012).

Fact #36: Offenders have been reported to be armed with a gun, knife or other weapon in 11 percent of rape or sexual assault victimizations. (Criminal Victimization, Bureau of Justice, 2010)

Fact #37: Factoring in unreported rapes, about 6% of rapists will ever spend a day in jail. 15 out of 16 will walk free. (Rape, Abuse and Incest National Network (RAINN) calculation based on US Department of Justice 2010 Statistics)[/vc_column_text][/vc_column][/vc_row]